Vincenzo Peruggia - The man who stole the Mona Lisa 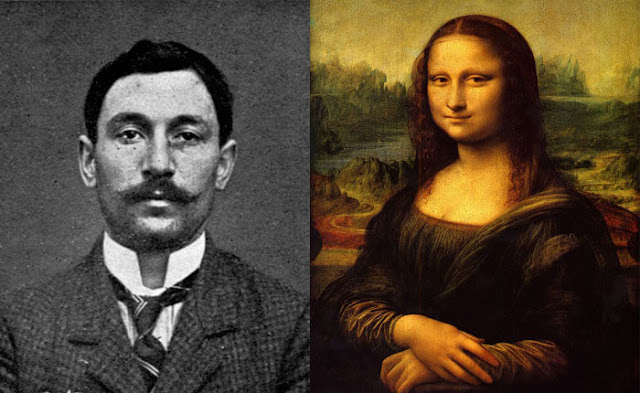 August 21, 1911, is a day that art historians never forget. That Monday, a humble decorator, Vincenzo Peruggia left the Louvre Museum by a staircase filled with workers, and guards, to the crowded streets of Paris, carrying nothing but the Mona Lisa; Yes! The famous "Mona Lisa" by Leonardo da Vinci. Vincenzo Peruggia does not require high-tech equipment; he just takes time and patience. This theft made Mona Lisa what today is. This is the story of one of the most famous art theft of the century and its curious protagonist, Vincenzo Peruggia

Read: Meet the painter who was born with no eyes

According to the police at the time of the robbery, Perugia worked at a company hired to change the glass covers of various masterpieces displayed at the Louvre. On August 20, 1911, Peruggia hid all night at the Louvre Museum, and when the museum is closed, he took off the painting from the wall and then hid it under his clothes. According to Peruggia, he entered the museum on August 21, the day the Louvre was closed for public, around 7 am through the door where the other Louvre workers were entering. To escape, he simply walked past the unmanned guard post, then hid the painting in his apartment. The Interesting thing is that it took 24 hours before anyone noticed that the art is missing.

The missing of the Mona Lisa portrait remained as a mystery for two years. Police searched the museum from top to bottom, and the investigation reached Guillaume Apollinaire (French poet and writer) and Pablo Picasso. Apollinaire was jailed for five days. Picasso was arrested but released almost immediately. The police interrogated Peruggia and believed his alibi that he was working elsewhere when the painting was missing.
After keeping the painting in the trunk for two years, Peruggia brought Mona Lisa to Italy. He tried to sell it to a gallery owner named Alfredo Geri. Peruggia was caught after art dealer sends a message to the police. During the trial, Peruggia said the he wants to bring back the painting to Italy "after it was stolen by Napoleon." The fact is that Leonardo da Vinci took this painting as a gift for Francis I when he moved to France. However, some people praised Peruggia as a patriot for returning the painting to "homeland."  After exhibiting throughout Italy, Mona Lisa returned to the Louvre in 1913. The strange thing is that Perugia received only a penalty of one year in prison (of which he served half).