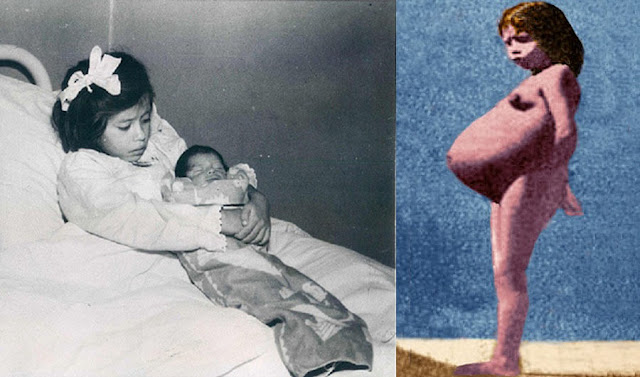 Lina Medina, a Peruvian girl, is the youngest confirmed mother in medical history. She gave birth at the age of 5 years, 7 months and 21 days. Medina was brought to a hospital by her parents at the age of five years due to increasing abdominal size. She was originally thought to have had a tumor, but her doctors determined she was in her seventh month of pregnancy. Dr. Gerardo Lozada took her to Lima, Peru, prior to the surgery to have other specialists confirm that Medina was pregnant.


A month and a half later, on May 14, 1939, she gave birth to a boy by a caesarean section necessitated by her small pelvis. Her case was reported in detail by Dr. Edmundo Escomel in the medical journal La Presse Médicale, including the additional details that her menarche had occurred at eight months of age and that she had prominent breast development by the age of four. By age five, her figure displayed pelvic widening and advanced bone maturation. 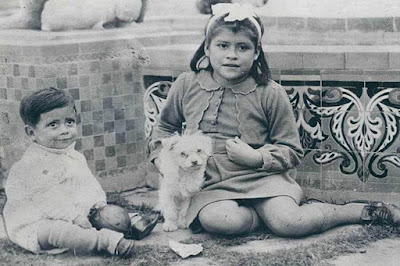 Medina's son weighed 2.7 kg at birth and was named Gerardo after her doctor. Gerardo was raised believing that Medina was his sister, but found out at the age of 10 that she was his mother. He grew up healthy but died in 1979 at the age of 40 of a disease of the bone marrow.

Medina never revealed the father of the child nor the circumstances of her impregnation.  Medina's father was arrested on suspicion of rape and incest, but was later released due to lack of evidence. Dr. Escomel suggested she might not actually know herself by writing that Medina "couldn't give precise responses".

In young adulthood, she worked as a secretary in the Lima clinic of Dr. Lozada, who gave her an education and helped put her son through high school. Medina later married Raúl Jurado, who fathered her second son in 1972. 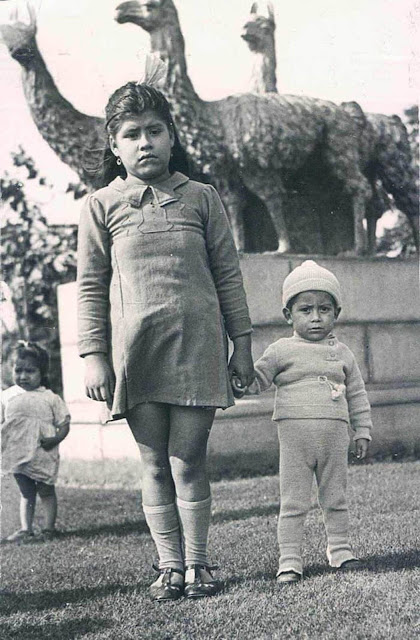 There are two published photographs documenting the case. The first was taken around the beginning of April 1939, when Medina was seven and a half months into pregnancy. Taken from Medina's left side, it shows her standing naked in front of a neutral backdrop. This is the only published photograph of Lina taken during her pregnancy. This photograph is of significant value because it proves Medina's pregnancy as well as the extent of her physiological development. The other photograph is of far greater clarity and was taken a year later in Lima when Gerardo was eleven months old. Although the case was called a hoax by some, a number of doctors over the years have verified it based on biopsies, X rays of the fetal skeleton in utero, and photographs taken by the doctors caring for her.