The Great Emu War - The War We Lost 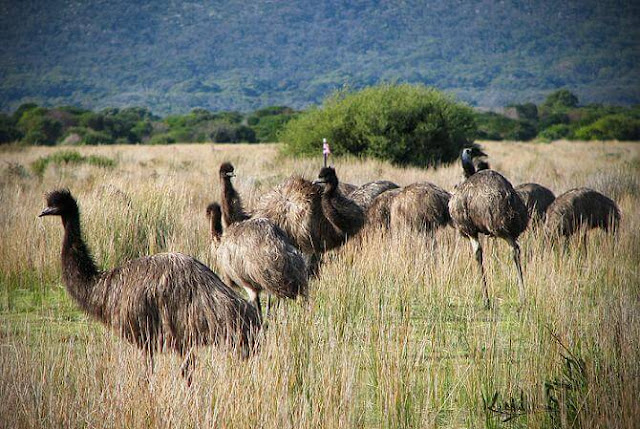 This is the story of one of the most unusual wars, a real historical fact, and testifying the strength of the human. This is perhaps the first officially declared interspecies war opposed the Australian army to a colony of emu, estimated 20,000 birds. It makes us ashamed: not only because we started this ridiculous war, but also because we lose!

After the First World War, countless Australian and British veterans decided to devote themselves to the noble profession of farming in the vast plains of Western Australia. While the stock market crash of 1929, the government encourages farmers. Most former veterans extend their fields and prepare for a large harvest. In spite of the recommendations and the promised subsidies, wheat prices continued to fall. By October 1932, matters were becoming worse, with the farmers preparing to harvest the season's crop while simultaneously threatening to refuse to load the wheat.

- Back from the dead: Scientist want to clone Mammoth
- Hiroo Onoda - Japanese soldier who fought WW2 for three decades after the war

The period also corresponds to the migration of emus. Emus regularly migrate after their breeding season, from the inland areas to the coast where they plan to spend the austral summer. Huge crops and large reserves of water, emus eventually decide to stay at this new place. It's all started when they ruined farms with the aim of finding food and water.

The problem was large, and the veterans were not friends of rational thought, so they asked the Australian defense minister Sir George Pearce to deployment. The minister supported the use of machine guns in combat against the invasion of emus, but with conditions: the guns were to be used by military personnel and farmers take care of the accommodation, maintenance and the cost of ammunition. And thus, sure of their victory, the Australians brave soldiers go to battle in high spirits and officially declared war! 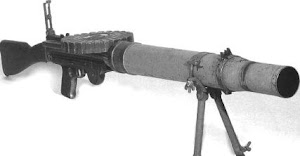 The "war" was conducted under the command of Major Meredith of the Royal Australian Artillery. Soldiers armed with two Lewis machine guns and 10,000 rounds of ammunition did not hesitate to come into action against voracious birds. They planned to military intervention in October 1932, but heavy rains delayed the deployment of troops until November. On 2 November 1932, the rain finally stopped.

However, shooting blindly into a group of birds did not bring the expected results. The birds simply fled, even after being hit by a machine gun. They soon disillusioned by the brilliant military strategies of their opponents: emus taken a bold tactical dispersion, separating into small groups and running every direction from the first shot. They can run at speeds up to 50 km/h, and therefore very difficult to target.  The new strategy of the Australian force is to mount machine guns on a truck and chase the invader. Not a chance! Even having guns on a truck, they were unable to hit the birds, which cleverly fled to high ground, making it difficult to pursue. They always stayed out of range. The first attack was a failure. After 6 days, on November 8, Major Meredith ordered to withdrawal of troops.

Emus continued territorial control strategies and unceremoniously damaged agricultural land so that farmers had to organize and ask again insistently for the government assistance. After jokes in the media, the government had to do something to change that. The Premier of Western Australia, James Mitchell supported the renewal of military assistance, and on November 13, Major Meredith was again sent into battle.

The first two days of confrontation were described as a "success" for the Australian Army, with nearly 40 emus killed. The following days were less happy. On December 10, when the military withdrew after a month, Major Meredith’s report indicated that 986 enemies had been wiped out, with 9860 shots fired, at a rate of 10 rounds per confirmed kill. According to Major, 2500 opponents also probably suffered fatal injuries.

Farmers again requested military aid to fight emus in 1934, 1943 and 1948. In all cases, their demands were rejected by the Australian government.