They Thought They Had Found An Alien Creature, But The Truth Is Heartbreaking 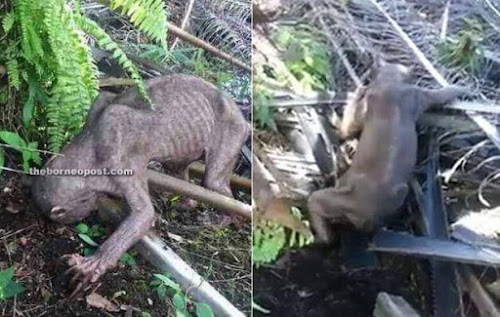 Earlier this year, palm oil plantation workers in Malaysia freaked out by the sight of a peculiar creature. It was a hairless creature that resembled an alien, with huge claws, crawled like Gollum in the Lord of the Rings. The frightened workers attacked him and managed to scare off the creature. The creature disappeared into the dense jungle.

The workers thought they would not see the beast again until it returned to the plantation in February. This time, they were able to capture it and send it to a local wildlife center. 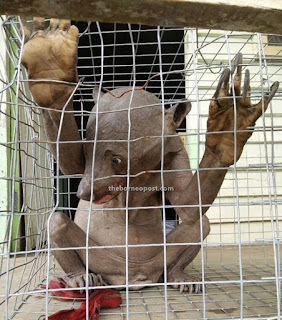 The video shows the weird animal, striving to walk through a pile of dried palm leaves, to escape from the people.

Warning: Distressing footage
Experts say that this is not an exciting discovery of an alien or new species, but rather a sad testimony to how life on this planet is. The creature is actually a hairless sun bear and unfortunately very ill. 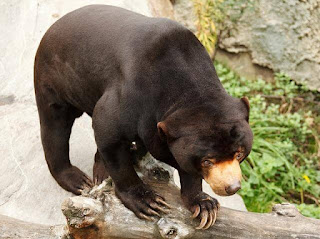 Sun bears are a jeopardized species in Malaysia. According to the International Union for Conservation of Nature (IUCN), this breed of bear has decreased by 30% over the past three decades, due to their ideal habitat have been cleared for palm oil plantation. They are often killed by the local population because some body parts used to the traditional medical practices.

- Laika the Dog, The sad story of stray dog who became one of the first animals in space

This sun bear is being treated at the wildlife center and is doing exceptionally well. Over time, the staff is hopeful that will be able to release it back to nature.