The Strange Case Of The Gibbons Twins Who Refused To Talk 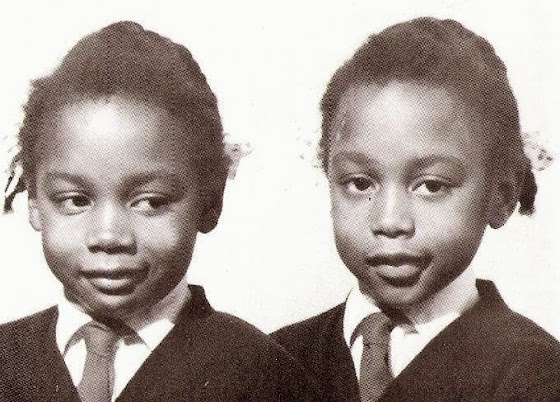 The similarities between identical twins are many: basically sharing the same genes, and if they grow together often influence each other's behavior. In some cases, they have markedly different tastes.  However, almost always they show the mutual understanding, that from the outside may seem extraordinary. The story of the Gibbons twins has a more visceral, inexplicable elements.

June and Jennifer Gibbons were born on April 11, 1963 on the island of Barbados. Soon after, parents decided to move the family to Haverfordwest, Wales. Growing up as the only black girls in school made them feel completely discriminated. They spent most of their time with each other. For that reason, they developed a strong  cryptophasia language, indiscernible to all others. Only their mother, Gloria was able to understand what they are babbling, and in some cases not even her. They also moved in a tandem, which means mirroring each other as they walked and spoke. At the age of 14, they already excluded their lives virtually from anyone: friends, acquaintances, mom, dad. Only the little Rosie, the younger sister was allowed to enter in their universe sporadically.


As therapists suggest, parents decided to send the twins to different schools. They thought that in this way they could mingle with other kids. Unfortunately, the attempt did not help much. Every time they went, both entered into a catatonic state.

When they were reunited, they tried to overcome isolation through writing. They wrote in a unique personal style, often with unwittingly amusing word choices. Soon, the two girls had several novels and short stories published at the age of 18 but did not attract the attention hoping for.

Many of their characters were young men and women who had strange habits and criminal behavior. In June's Pepsi-Cola Addict, the high school hero is seduced by a teacher, then sent to a reformatory where gay guard makes a play for him. In Jennifer's The Pugilist, a doctor, eager to save the life of his son, decides to kill the family dog to get its heart and transplant it to his son. The spirit of that dog lives in the body of the child, and take revenge against the father. Jennifer also wrote Discomania the story of a young woman who discovers that a local nightclub environment encourages customers to the insane violence.

The next step for them was to turn their stories into reality, so the twins began to commit crimes. They caused many arson. But not only they attacked other people, but also trying to kill each other. Jennifer tried to strangle June with a cable; June tried to throw Jennifer into the river. Despite the problems, they remained inseparable, forgiving each other. Crimes led them to Broadmoor high security psychiatric hospital in Berkshire, England. There, along with maniacs, psychopaths and schizophrenics, they spent 11 years of their lives.. 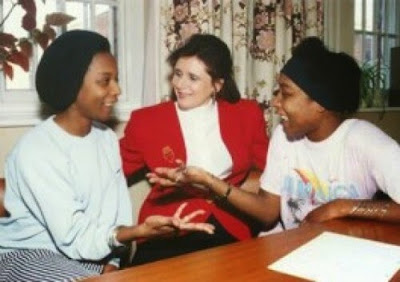 Things got really weird for twins in the hospital, where they were given powerful drugs and treatments. Eventually, they lost their concentration and interest in creative writing. The twins were separated in different rooms but did not lose the chance to communicate as well as attacking each other every time they met. They even tried to commit suicide; nevertheless, the hospital help in some way, as they finally begin to communicate with others.

While in the hospital, they agreed that if one of them died, the other would break the covenant of silence and have a normal life. Over the years of forced confinement, they had come to the dramatic conclusion that it was necessary that one of them die so that the other can have an ordinary life.

The case achieved public attention when they were interviewed by journalist Marjorie Wallace. They conducted conversations through writing on paper. During the interview, Jennifer whispered 'Marjorie, I'm going to die. We've decided.'

In March 1993, the twins were transferred to the Caswell Clinic in Bridgend, Wales. Unfortunately, upon arrival, Jennifer did not wake. She was immediately taken to the hospital, where she died a few hours later. An autopsy revealed that Jennifer had died of acute myocarditis, an inflammation of the heart muscle. The doctors found no evidence of drugs or poisons in his blood, and even today the cause of her death remains a mystery.

After the death of Jennifer, June began to live a fairly normal life, in West Wales. Perhaps the twins were right. Either way, this was clearly a very incredible relationship between sisters. It is sad that they could not use their ability in a good way.