When You Lose Weight, Where Does The Fat Actually Go? 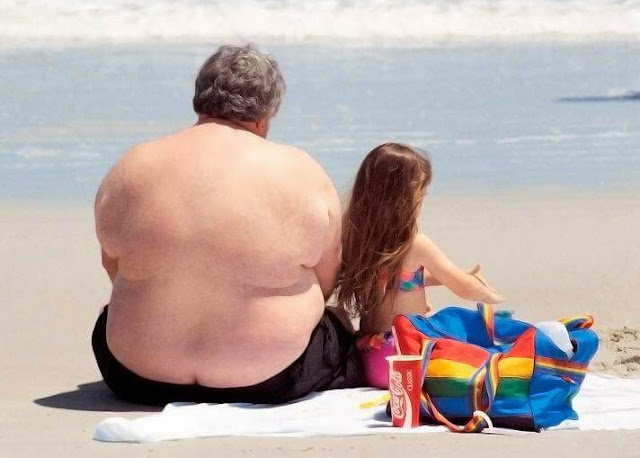 The answer to this question may surprise you. In fact, according to a recent British Medical Journal article discussing this issue, few health professionals, including doctors, dieticians, and personal trainers know the correct answer.

First, let’s back up for a minute.

When you consume calories beyond what your body needs, you will end up storing that extra energy in the form of triglycerides (glycerol backbone plus 3 free fatty acids) within fat droplets of individual fat cells, or adipocytes. Importantly, whatever the macronutrient composition of your diet (carbohydrate vs. protein vs. fat), when “calories in” exceed “calories out”, the end result is more triglycerides stored in your fat cells. (Before the  carbohydrates or protein you ingested end up filling up a fat cell in the form of triglyceride, they undergo a chemical conversion.) In other words, you could plump up your fat cells by eating only salad (it would take a lot of salad, of course).


When attempting to lose fat mass, you increase energy output or lower energy input such that the body dips into its energy storage within fat cells to keep itself going. (Of course, the body may also break down some muscle for energy, but for simplicity we’ll ignore that variable here). At the cellular level, this works out to liberate the triglycerides from adipocytes through lipolysis (literally, fat breaking), yielding 4 separate products from each stored triglyceride: 1 glycerol and 3 free fatty acids. As a fat cell liberates more and more triglycerides during times of negative caloric balance, it becomes smaller and smaller, but never quite disappearing. The products of lipolysis can then be oxidized, or “burned” as fuel to produce energy.

- The Power of Olfactory Engineering

The whole process can be summarized in the following chemical equation:

So yes, as you may have guessed at the outset, when oxidized, fat is used to create energy.

However, what the formula also reveals is that 1 triglyceride molecule (with the help of oxygen) is converted to a bunch of carbon dioxide (CO2) and water (H2O). In fact, according to the recent article on the topic, when somebody loses 10 kg of fat (triglyceride), 8.4 kg is exhaled as CO2 while the remaining 1.6 kg is lost as water in urine, feces, sweat, tears and other bodily fluids.

So, for the most part, the answer to the question that started this discussion is as follows:

When fat is lost, it is mostly exhaled as carbon dioxide (84%), with the remainder (16%) being excreted as water.

Interestingly, this also means that the lungs are the primary excretory organ for fat.