The Loneliest Whale In The World 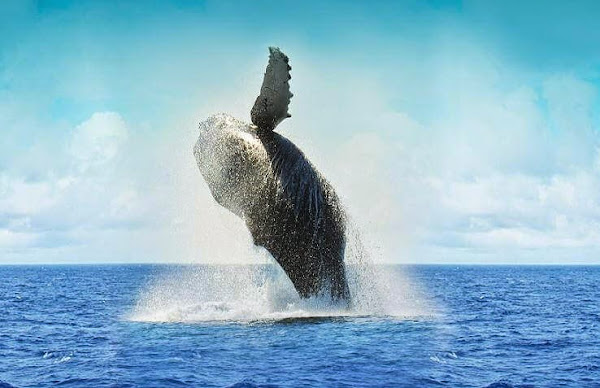 Unlike the others, he has no friends, no family; he does not belong to any group. No partner, he has never had. The case of this solitary whale caught the attention of the US Navy in 1989. In 1992, following the end of the Cold War, the U.S. Navy partially declassified the recordings and technical specifications of its SOSUS anti-submarine hydrophone arrays  and made SOSUS  available for oceanographic research.

It was Dr. William Watkins of Woods Hole Oceanographic Institution, who found the recording of the song of a whale was very different from the others. Too high, the call came at a frequency of 52Hz. And that is precisely the problem. At that frequency, no other whale can hear him. None of his desperate cries receive a response. His love song is ignored,  and that stopped him finding love. Blue whales usually vocalize at 10–39 Hz, fin whales at 20 Hz. Because of inability to communicate, the animal has been called the loneliest whale in the world. He is also known as “52 hertz whale.”

The signal was recorded in the northeast Pacific.
It has been sped up ten times, raising the pitch to 520 Hz.


The findings of Dr. Watkin’s team were published in 2004, hoping that just had repercussions among the general public. But without quite knowing how, this report aroused great interest, and immediately, the legend of the "solitary whale" was born.

- Back from the dead: Scientist want to clone Mammoth

As unique as his song, his movement is also disoriented. Scientists for years have been following the movements of whales,  say that this whale has a migration pattern different from any other known whale migration.


No one knows for sure whether the whale is male or female,  why he has this communication and navigation disabilities, what species it is or even if he still alive. The preferred theory is that the whale is a hybrid deformed between two different species of whales. Perhaps 52 Hz whale could be even more lonely than we imagine. Maybe it's the last survivor of an unidentified species that is sailing the oceans and singing his tune in an unsuccessful search for another whale of their species.

Now, American filmmaker Adrian Grenier and Josh Zeman actor are planning a crowd-funded feature-length documentary entitled 52: The Search for the Loneliest Whale in the World.