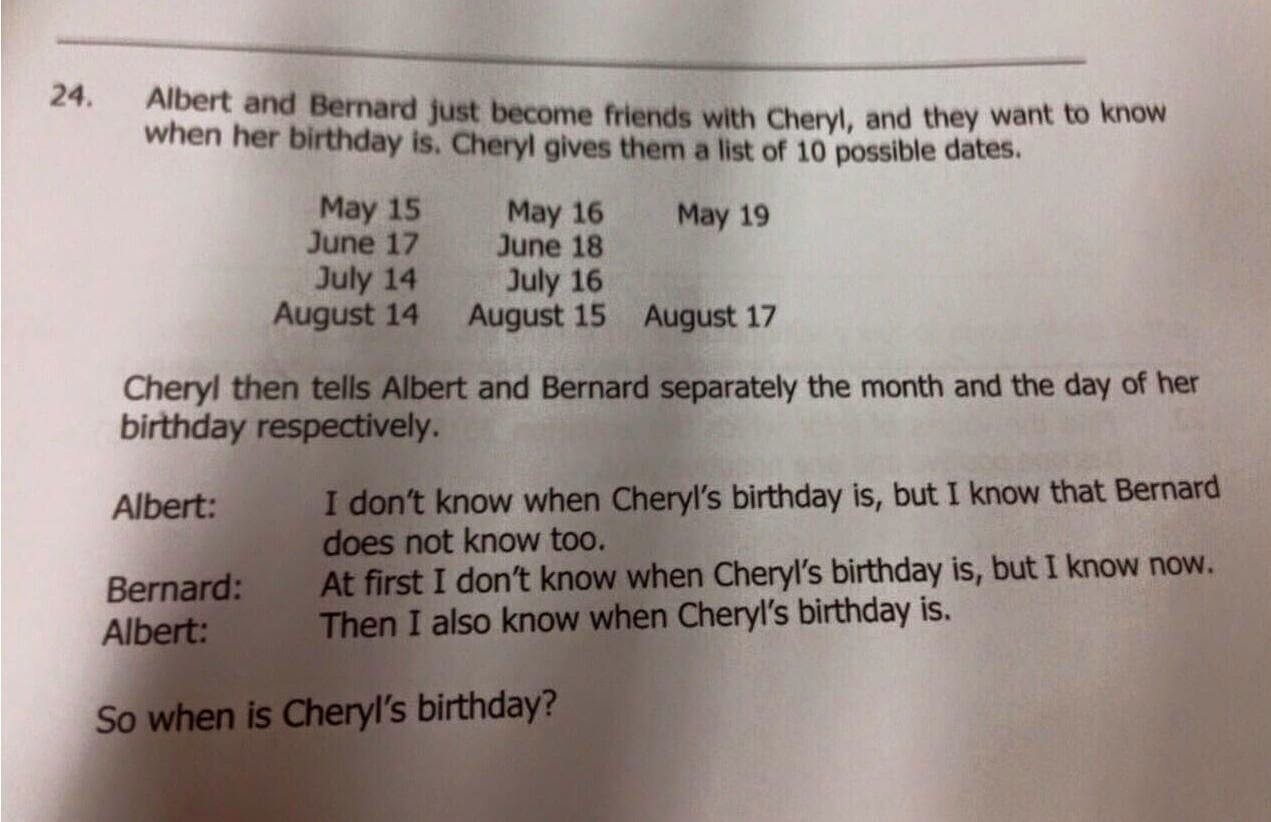 Cheryl's Birthday is the unofficial name given to a mathematics brain teaser which was posted online on 10 April 2015, going viral in a matter of days. The quiz asked readers to guess the birthday of a girl named Cheryl using a handful of clues given to her friends Albert and Bernard.

Origin
The question was part of a mathematics quiz in Singapore, originally (and incorrectly) thought to be aimed at 5-6 year old students. Later, it transpired the quiz was part of the 2015 Singapore and Asian Schools Math Olympiad (SASMO), meant for 15-16 year old students. According to SASMO's organisers, the quiz was aimed at the top 40% of the contestants and aimed to "sift out the better students." SASMO's executive director told the BBC that "there was a place for some kind of logical and analytical thinking in the workplace and in our daily lives."

The question was posted online by Singapore journalist Kenneth Kong. The posting drew thousands of comments, including several humorous ones - especially aimed at Cheryl, who apparently didn't want to disclose her birthday straightaway.
The question
"Albert and Bernard just become friends with Cheryl, and they want to know when her birthday is. Cheryl gives them a list of ten possible dates:

Initially, Bernard does not know when Cheryl's birthday is, but how did he know after Albert has first spoken? Out of the 5 remaining dates in July and August, the day ranges from 15 to 17, with only 14 occurring twice. If Cheryl has told Bernard the day of her birthday is 14, then Bernard would not have known. The fact that Bernard knows means the day of her birthday is not 14. So now we are left with 3 possible dates: July 16, August 15 and August 17.