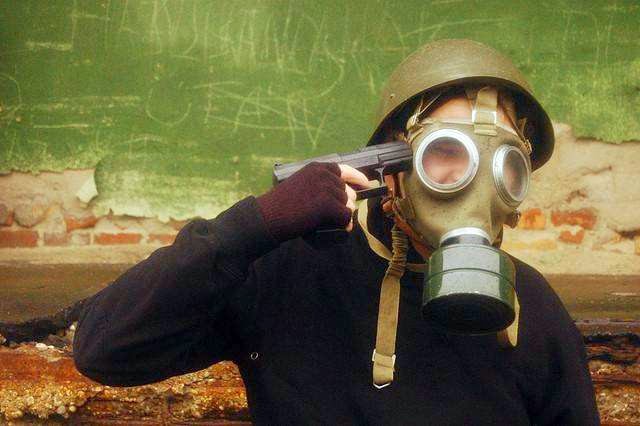 This odd case has been documented from Australia. In February 1995, a man committed suicide on parkland in Canberra, Australia. He took a shotgun and shot himself in the chest. The load passed through the chest without hitting a rib and left the other side.

Then he walked fifteen meters, pulled out a pistol and shot himself in the head. After reloading the shotgun, he leaned the shotgun against his throat and shot away his throat and part of his jaw. Breathing through the wound in his throat, walked 200 meters to a hill, sat at the side of the hill. Then reloaded a final time, held the gun against his chest with his hands and operated the trigger with his toes. This time the shot entered the thoracic cavity and demolished the heart, killing him.