Roopkund Lake: The Lake of the skeletons 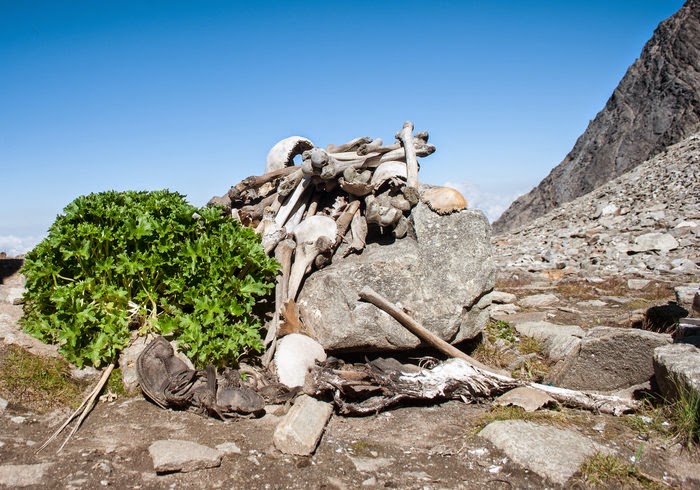 Imagine a frozen lake, when the ice melts, reveals the disturbing vision of the remains of more than 300 people, a kind of mass grave. This is Roopkund Lake.

Roopkund Lake is located at the top of the Himalaya, India, at an altitude of about 5000 meters. The lake was first discovered in 1942. When the ice melts, hundreds of human skeletons are seen below the surface. It is not clear whether local people knew about these in earlier times or not, but first written reports appear in 1898.

- A Park That Turns Into A Incredible Underwater Park In Spring 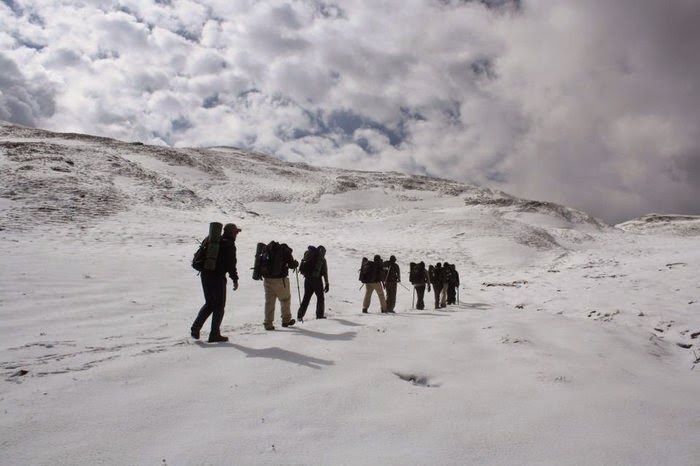 Since the skeletons were discovered during the Second World War, Initially it was theorized that the remains were those of Japanese soldiers, who had died from exposure while traveling through India. The terrified British government sent a team of investigators to determine if this was belonged to Japanese troopers. However, the research found that the bodies might not belong to the Japanese soldiers, as they were too old. Later, many scholars suggested that the bones belonged to General Zorawar Singh of Kashmir and his men. They are said to have got lost in the high Himalaya on his way back after the Battle of Tibet in 1841. A radiocarbon tests on the bodies in 1960 disprove this theory.

More recently, in 2004, a team of European and Indian scientists sent by The National Geographic Channel visited Roopkund. The results revealed that the bodies belonged to a time much earlier than previously thought, Carbon dating put the date around 850 ADs.

Cracks on their skulls indicated that each one of them died from a fatal blow to the head, result not of weapons, but rather of something rounded. The bodies solely had wounds on their heads, and shoulders. The absence of injury in any other parts of the body meant that the strike came from above. The only possible explanation for this is something that fell from the sky, like a hailstorm.
It’s conceivable that some of the pilgrims escaped the ordeal, returned to the village and recounted the tale, for there is a remarkable folklore. A traditional song among Himalayan women describes a goddess so enraged at outsiders who defiled her mountain sanctuary that she rained death upon them by flinging hailstones “hard as iron.”